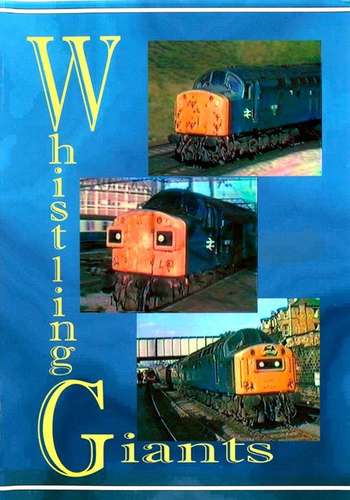 Introduced in 1958 as a direct successor to the early prototype diesel-electrics, the English Electric Type 4, later designated Class 40, soon became part of the daily scene for the best part of 30 years.

By the late 1970s these first generation heavyweights were approaching the twilight years of their career and, as is often, the case, their popularity grew.

This programme captures many of the wonderful moments of their last 10 years of service throughout the North West and North East of England, North Wales and Scotland.

In addition to this, we see scenes from some of their famous railtour exploits from the period leading up to their demise.

With footage spanning the years 1975 to 1987 the video features both original cine and VHS film from that period.

Passenger and freight workings appear, including those popular Summer Saturday trains such as the Manchester to Skegness, Yarmouth, Scarborough and North Wales, plus railtours, freightliners, ballast workings and many more.

As always special attention is paid to the soundtrack to ensure maximum enjoyment.