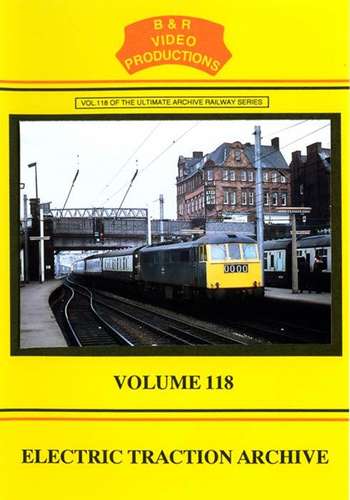 The story of electric traction in the British Isles from the Volks Railway to the West Coast Main Line electrification over nearly 80 years.

In the beginning, trams took away trade from the railways who had to look to electric traction themselves in the towns and cities to retake that trade.

Electric services grew up around places like London, Manchester, Southport, Glasgow, Morecambe, Tyneside and Altrincham over the years.

Using archive film these systems can be seen, some still using early rolling stock into the 1960's.

Main line electrification followed with the Woodhead route in the 1950's and then the West Coast main line in stages with new AL electrics at Crewe.

Other systems examined are the Grimsby and Immingham, Swansea and Mumbles, Isle of Man and Blackpool. An industrial line in the North East is also featured.

There are many different voltages and third rail and overhead systems shown. Fascinating and rare views are in this film. Filmed mainly in colour but with some black and white footage.

A detailed commentary and authentic soundtrack completes a nostalgic record of electric services throughout the British Isles.