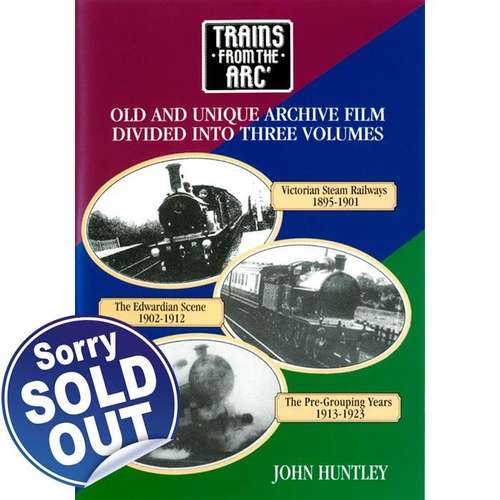 SORRY, THIS TITLE IS NOW SOLD OUT.

Old and unique archive film divided up into 3 separate volumes on one DVD. Originally released as three VHS videos, these three unique programmes are now compiled onto one DVD.

It was in the 1890s that the original experiments with cinematography took place in Britain, France and the USA.

Trains were amongst the first subjects ever filmed and incredibly many of those clips have survived.

Renowned railway film historian John Huntley presents this unique glimpse of steam railways as they actually were at the turn of the 20th century.

All known surviving railway film from the period is included on this one DVD.