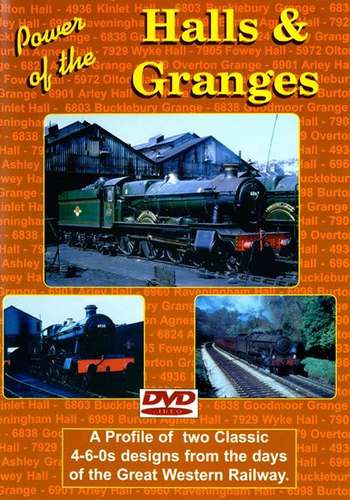 A profile of two classic 4-6-0 designs from the days of the Great Western Railway.

A study of the Great Western's 'Maids of all Work'.

The design and development of the 'Halls' from the days of the GWR to the BR era.

The building programme sampling various builds of the class through to the 'modified Halls' of the BR era.

The 'Halls' in service with film through the Western Region in the 1950s and 1960s, plus the class in action on the Southern.

The 'Halls' in preservation with film from the 1970s through to the present day from the main line and preserved railways.

The design of the 'Granges' including the building programme.

The 'Granges' in service with film from the Western region in the days of steam.