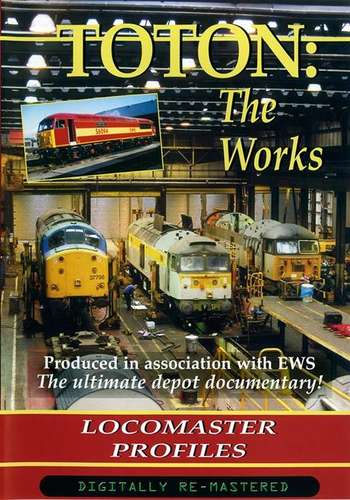 Toton Traction Maintenance Depot in Nottinghamshire is the single largest locomotive workshop in the UK. In the summer of 1998 (when this programme was filmed) the depot had an allocation of more than 200 locomotives and it undertook a variety of work ranging from A Exams and re-fuelling to engine re-builds and general overhauls. Under the early years of English, Welsh & Scottish Railway, Toton became the centre of the company’s diesel locomotive maintenance operations and had its role extended to include work previously carried out at major works. This programme provides a unique and comprehensive insight into the UK’s premier traction depot, including:

THE NIGHT SHIFT: the depot goes into overdrive as a seemingly endless queue of locos visit the refuelling point throughout the night, while inside the depot fitters ensure repairs and exams are completed in time for the morning shift.

MAINTENANCE ASPECTS: Toton’s Production Engineer provides a fascinating insight into the pros and cons of each loco class maintained at Toton. Find out how classes 08, 31, 37, 47, 56, 58 and 60 are really rated by the professionals!

THE NEW CLASS 66: The first of EWS’ Class 66s had only just arrived from Canada. The project engineer responsible for their introduction provides a detailed and authoritative guided tour of 66 001 before it had even entered traffic.

TOTON: The Extras
During the filming of this programme we amassed many hours of footage, much of which is now history. This DVD has a 25-minute bonus feature of previously unseen footage from the days when Toton was not only a hive of activity but hosted many of the older classes of locomotives. Included here are the general overhaul of 37 401, a last look at Large Logo 37 408, Load Banking 58 041 and pressure washing the empty engine room of 47 339.

This programme was filmed at a time when there was just one Class 66 in the UK and the depot was busy maintaining the ‘old order’. Sadly, many of the featured locomotives are now history. From minor repairs to major overhauls, no other depot provided as much variety of work as at Toton. Produced in association with EWS and presented by David Maxey, this digitally re-mastered DVD is the ultimate diesel depot documentary!

Produced in association with EWS. 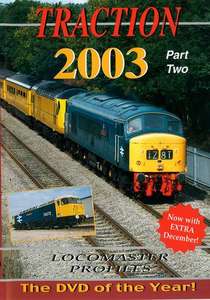