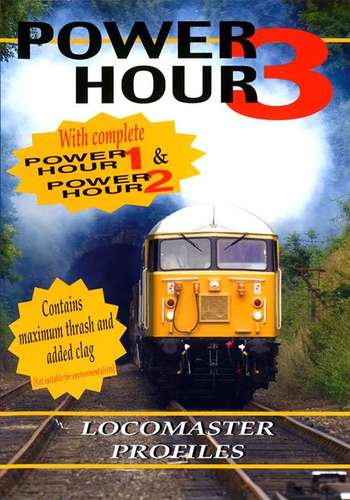 This DVD has the complete set of POWER HOUR 1, POWER HOUR 2 and POWER HOUR 3 programmes on it. It has a combined running time of 3 HOURS.Power Hour 3

The third and final addition to the Power Hour series features a rousing and spectacular series of main line shots. Most definitely the real thing!

Sixty minutes of classic 'thrash' shots in glorious Hi-Fi sound!
As the new breed of Class 66s take over freight workings in ever-increasing numbers, the traditional sound of a diesel locomotive thrashing away at the front of a train is slowly becoming a thing of the past. So here are sixty minutes of the very best thrash shots we can lay our hands on - all of which have not previously been released on any Locomaster video. Not only have we tried to provide a cross-section of loco classes, but we have managed to include a good selection of celebrity machines AND a variety of locomotive liveries. All of the featured locos are on FULL BORE. Your neighbours may not be impressed, but YOU will be!

The programme kicks off with some classic power scenes from the infamous Lickey incline. Seen tackling the 1 in 37 gradient are 31105, 37716 and 33051 & 33116 on a charter! Another famous incline - that between Exeter St David's and Exeter Central - is tackled by 47712 Lady Diana Spencer on a Waterloo-bound NSE service. There's some superb action from the Central Wales line with 2 Class 37s tackling the climb to Sugar Loaf summit with a steel train. Rousing scenes from Scotland feature classes 37, 47 and 56 hard at work while, in the North East, 56118 takes a stunning exit from the now-closed Westoe Colliery. Meanwhile, 37895 spectacularly 'wheelslips' the Cardiff-Aberthaw tanks! There's major thrash from the Ebbw Vale 'stopboard' with 56010 and 37906, and 2 Class 20s staggering up to Llanvihangel summit with a 1,700 tonne Freightliner! The programme concludes at Peak Forest as 2 Class 37s struggle to start the Tunstead-Northwich ICI hoppers. The racket is quite astonishing! THE POWER HOUR runs for 60 minutes and has a superb Hi-Fi soundtrack which, for maximum effect, is best reproduced when the video player is connected to a Hi-Fi system.

Do you remember when diesel locomotives sounded like they were actually working hard? And when smoke came out of the exhaust stacks? And when a heavy train brought out the best in a diesel ? If so, this programme is a nostalgic reminder of what made diesels more than just 'boxes on wheels'. A guaranteed 'GM free' product, this video contains nothing less than 60 minutes of "full on thrash"!
HEAVY FREIGHT including 37412 & 37428 hauling the 2,400-tonne Immingham - Llanwern iron ore; the nostalgic sight and sound of pairs of 47s on Freightliner and Rill traffic; 37603 on the Fort William-Coatbridge ingots; 31142 & 31420 with a 1,200 tonne sand train; 33019 & 33116 at Dorridge with the Fawley - Washwood Heath bitumen tanks; BR blue 56006 under the Barnetby semaphores with loaded steel.
'BINLINER' THRASH featuring 37025 & 37376 on the Brentford-Appleford; 47772 erupting at Forders with the Cricklewood 'Bins' and 2 x Class 56 and 3 x Class 31s on the Northolt-Calvert!!
ON THE CLIMB -37901 on the Llanwern - Ebbw Vale steel; 37906 tackling the Camp Hill incline with the Baglan Bay tanks; 33051 & 33116 breasting Lickey summit; 50031 pounding up Hemerdon; 58034 climbing the awesome Cwmbargoed branch in the Welsh Valley. ..PLUS an extraordinary sequence on the Folkestone Harbour branch as 73133 & 73129 struggle to haul a full Orient Express set up the severe incline - without any 'juice' from the third rail!
CLASSIC TRACTION BACK ON THE MAIN LINE includes D9000, D1015, 45112and 55019 plus 50031 & 50049 with a 900-tonne ballast! PASSENGER 'THRASH' -31190 pounding its way along the shores of Loch Eilt; 37402 storming out of Llandudno Junction; 31421 on the Manchester-Blackpool Club Train; 47793 powering up to Slochd on the Highland Main Line with the Aberdeen sleeper. ..and 47799 clagging its way over the Chiltern Line with the Royal Train.
STANDING START - filmed from the cab and 'Wired for Sound', 37516 & 37421 perform a rousing standing start on the 1 in 46 incline from the 'stop board' at Cwmbargoed. And on a wet rail!
THE MOTHER OF ALL CLAG SHOTS -D9000 obliterating the Birmingham skyline is impressive enough, but the sight of 56102 at South Ruislip has to be seen to be believed!
THE ENTERTAINMENT CONCLUDES with an amazing sequence of 37683 slipping to a stand with a ballast train - in France! When the awesome gradient on the approach to Tartaguile Tunnel proved too much for the 37, the driver was forced to take unorthodox action to ensure the train completed its journey. Class 37s like you've never heard them before!
The programme features 11 different locomotive loco classes - on a wide range of passenger and freight duties, hard at work across the British Isles. With maximum thrash, the sound tracks are quite simply AWESOME! 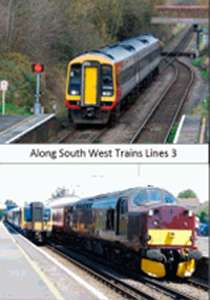 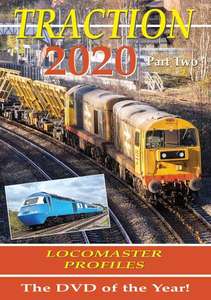 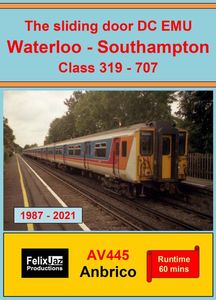