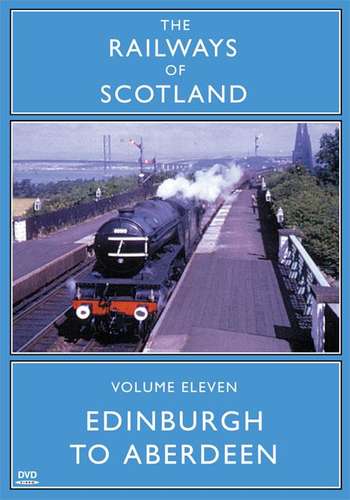 Scenes at Edinburgh Waverley and Haymarket, the Costorphine branch plus superb aerial views of the Bridge are a prelude to reaching Fife.

Film of Leuchars Junction and St. Andrews is followed by scenes at Dundee between 1931 and 1981.

Next, the programme heads north to Arbroath, Montrose and Kinnaber Junction plus views at nearby Bridge of Dun.

At Aberdeen, the depots of Ferryhill and Kittybrewster are seen plus Inverurie loco works.

Views of the electricity work's battery-powered shunter is followed by a journey on the now closed branch to Ballater.