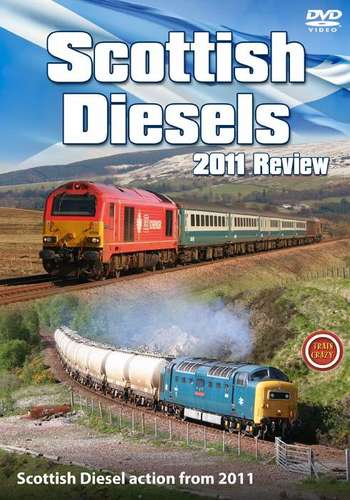 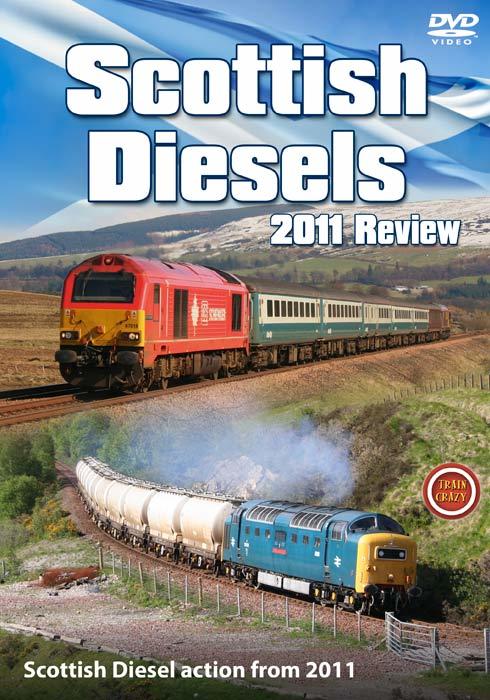 Scottish Diesels 2011 Review provides a comprehensive look at the Scottish Diesel loco scene during the year. From charter trains to sleeper trains, regular freight flows and some unusual workings, this programme is presented in a month-by-month format. Featuring classes 31, 37, 47, 55, 57, 66 and 67 plus a few electrics, the DVD is filmed from many of Scotland’s scenic lineside locations and records the railway year. Filmed in 16:9 widescreen.

Freight workings include:
Cement, pipes, oil, slurry tanks and Intermodal trains on the Aberdeen and Inverness lines; various engineers trains hauled by DB, GBRf and DRS class 66s; unusual freight workings including the now famous appearance of 55022 on the Fort William Alcan tanks; 47739+47729 with 15 Mk3 buffet coaches; 31s and 37s on Network Rail trains; 37409 with an EMU move, 37688+37194 on flasks and much more.