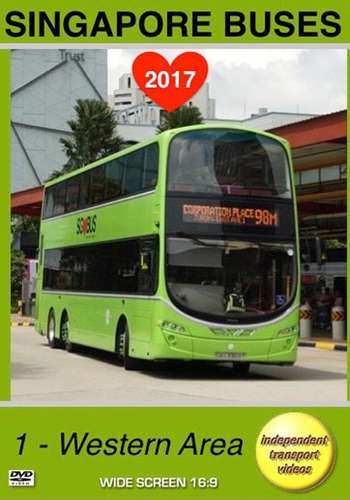 A great deal has changed to the bus scene since the last visit to Singapore by the independent transport videos cameras in 2002. Back then the main operator was SBS Transit with Trans Island Bus Services (TIBS) being the smaller operator which in 2001 merged with the SMRT Corporation, the operator of Singapore’s rapid transit railway system. SBS (Singapore Bus Services) was renamed DelGro Corporation in 1997 and then ComfortDelGro in 2003, but the buses retained the SBS fleet name. In 2001 the buses were branded SBS Transit and this introduced a red, purple and white livery. Moving forward to 2012 the Bus Service Enhancement Programme (BSEP) was introduced which put into action many changes. The Land Transport Authority (LTA) had taken responsibility for all surface transport in 2009 and in 2014 it moved towards a Bus Contracting Model (BCM). This means that the state owns all the bus infrastructure, depots, interchanges and the vehicles with the bus operators providing the services. The bus network is being divided into packages, each covering several routes. The routes, at the time of filming in November 2017 were operated by SBS, SMRT, Australian owned Tower Transit (Tower Transit Singapore) and British owned Go-Ahead (Go-Ahead Singapore). A new livery of all over lush green has been introduced to all vehicles regardless of operator, but the vehicles carry the fleet name of the respective operator. Single-deckers operated include the Scania SK230UB with Gemilang bodywork and Volvo B10Bs with Volgren bodies. New arrivals include many Mercedes-Benz Citaros. SMRT also operates some bendy-buses. Double-deckers include Volvo B10TL Super Olympians and Wright Gemini-bodied Volvo B9TLs. SMRT operate some ADL Enviro500s. New are Gemilang-bodied MAN A95s, which were just being delivered, as you will see on this programme. We have divided this visit into two sections, this, the first covering the western side of Singapore island, the second the eastern side.

We begin our filming for this programme with scenes shot in central Singapore, mostly on Bras Basah Road, Orchard Road and at Dhoby Ghaut. We visit Buona Vista on our way to the busy interchange at Clementi. We then take a ride on SBS3668E, a Volvo B9TL on route 185, a SBS service to Jurong East. This is another very busy bus interchange. Our next location is Boon Lay where we board SBS8447T, a single-deck Scania K230UB for a ride to Tuas a brand new bus station recently opened. We then travel on SG5580Y a new Volvo B9TL on a ‘Free Bridging’ service (rail replacement) operated by SMRT to Boon Lay. This was due to an incident on the MRT in that area. Choa Chu Kang interchange is where mostly SMRT buses can be seen operating, some still in their interesting silver and orange livery as well as a number of ADL Enviro500 double-deckers. We then make a visit to Toa Payoh before returning to central Singapore for some night time filming along Orchard Road and Havelock Road. We hope to see you in part two of our Singapore visit where we explore the eastern area of this beautiful tropical paradise! 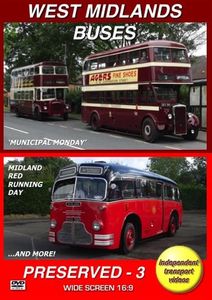