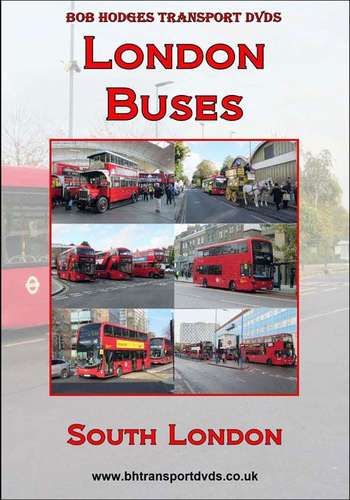 The major bus operators in South London are Arriva, Abellio and Go-Ahead, both London United and Stagecoach operate routes from South West and South East London respectively into the area covered by this DVD. Arriva London operates from garages in Brixton (Telford Avenue and Brixton Hill), South Croydon, Norwood and Thornton Heath, Abellio has garages at Beddington Industrial Estate near Croydon and at Walworth in Camberwell. Go-Ahead has the following garages in South London: Camberwell (London Central), Stockwell and Sutton (London General) and Beddington (Metrobus).

Part 1 of this DVD includes the Stockwell garage open day on 15th October 2016, heritage buses ran on route 88 and there was a display on both new and old buses inside the garage which is a Grade 2* listed building.

Part 2 of this DVD is the RTW50 event which was the re-enactment of route 95 from Tooting to Cannon Street using RTW type buses plus a couple of RTL's and an RT. The 95 was the last route in London to use the RTW type Leyland buses in 1966, the event on 14th May 2016 commemorated this anniversary. Areas covered in this DVD include Elephant & Castle, Camberwell, Stockwell, Clapham, Tooting, Brixton, Streatham, Norwood, Sutton, Croydon and Crystal Palace.

Enjoy the sights and sounds of buses (and the occasional tram) in South London.