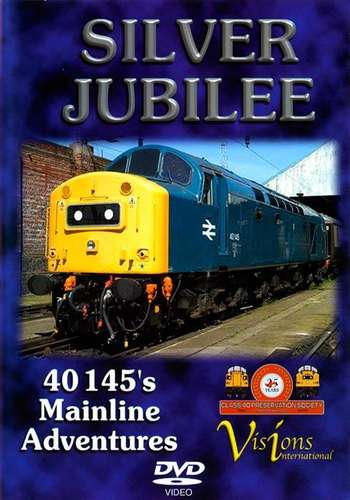 We have teamed up with the Class 40 Preservation Society to celebrate their 25th anniversary.

This exciting DVD features their class 40 - 40145 and its return to the mainline.

The programme is brought to you from on board the successful three day 'Silver Jubilee' railtour.

You will see the story unfold of this epic 1000 mile railtour, with plenty of shots from the train interspersed with stunning lineside shots.

We also look back at the loco's previous mainline tours.

Proceeds from this programme will go towards keeping 40145 where she belongs - on the mainline!

Presented and narrated by David Maxey.