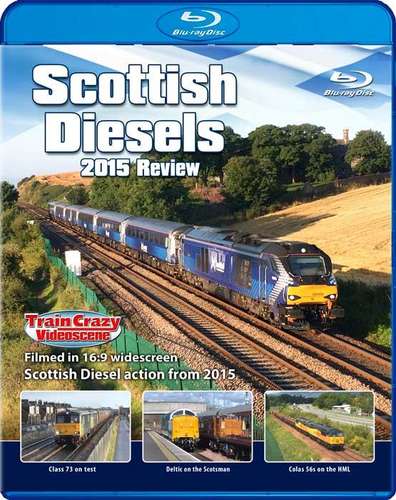 The introduction of Class 68s hauling passenger trains was one of the major highlights of a fascinating year for diesel locomotives in Scotland. Add to this, regular Class 68 haulage of the Aberdeen intermodal, 55022 hauling the Royal Scotsman and the testing of Class 73s for the Caledonian Sleeper, and another amazing year unfolds.

This special 2 hour 30 minute edition includes all of the above and so much more, filmed in 16:9 widescreen and available in stunning Hi-def on the Blu-ray edition.