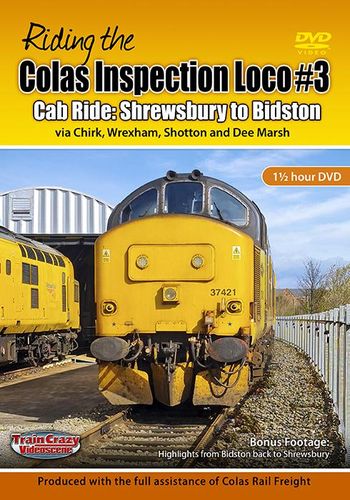 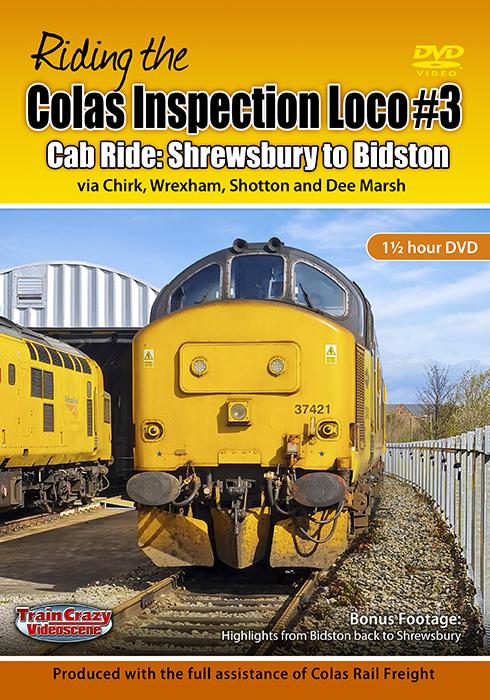 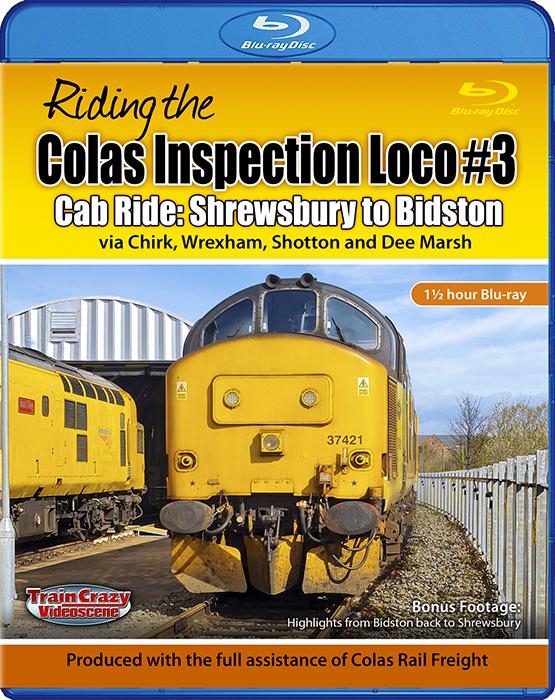 In the winter and spring of 2021 there were a significant number of locomotives used countrywide for route learning or route refreshers.

This had come about due to the pandemic and a back-log of training; also to cover routes where trains had not operated for some time, and just a general refresher of the railway, following many months of lockdown, furlough and disruption. Running as an inspection loco/route refresher, this is a rare opportunity for a Class 37 cab ride from Shrewsbury to Bidston.

Filmed in April 2021, 37421 was in charge and starting at Coleham depot, we pass through Shrewsbury with its fine semaphore signals and head for Wrexham. At Gobowen there's the unusual sight of Class 144 DMUs in the station sidings, at Chirk we pass the famous Kronopsan timber facility and run over the impressive Cefn Viaduct.

At Wrexham General we run onto the Borderlands line for the full journey through to Bidston. This lesser-known line has some fine traditional railway features including signal boxes and semaphore signals, tiny stations, tunnels and viaducts - including the girder viaduct at Hawarden. We pass the Dee Marsh steelworks and finish on the island platform at Bidston, on Merseyrail's West Kirby line. 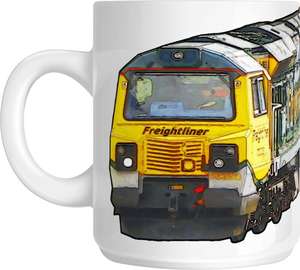 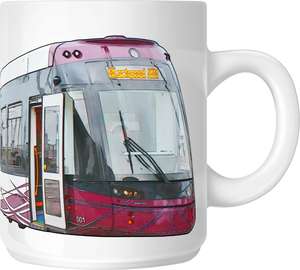