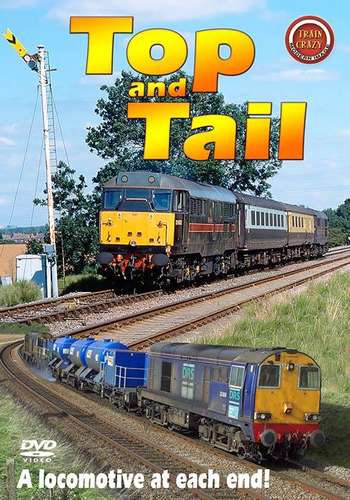 Join Train Crazy as we look at trains which have a loco at each end. Once a rare sight, but now increasingly common, this compilation looks at Top and Tail workings from various locations on the main line between 1996 and 2007.

From the humble Class 20 to 67s and 87s and from Water Cannon and Flask trains to express passenger trains, there's 80 minutes of non-stop action including:

Every train has at least one loco on each end...!