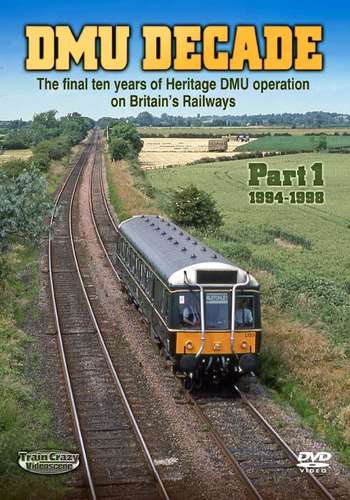 DMU Decade is a comprehensive look at the final ten years of first generation DMUs on Britain’s Railways. Introduced in the latter years of steam operation, the humble Diesel Multiple Unit was never the most popular type of train to run in this country and whether branch line or main line, the DMU quietly got on with the job for many decades. As the years rolled on by and ‘Sprinterisation’ gathered full pace, these units gained a cult following in their final days and right through until their last journeys in December 2003.

Now, almost a decade since that final Class 101 set rolled into Manchester Piccadilly, this three-part DVD series looks at the units that ran in the twilight years.

The first DVD in the series looks at the years from 1994 to 1998.By 1994, the introduction of the Class 158s, 159s, 165s and 166s had virtually wiped out all first generation DMUs from the former strongholds of Norwich, Reading and Tyseley and by the end of the year only Classes 101, 117 and 121 survived. Made up of one, two and three cars sets, these units were based at Manchester, Glasgow, Haymarket, Bletchley and Penzance.

As well as the run-past shots, the DVD is packed full of trivia including unit formations, allocations, sample diagrams plus internal shots, a ride on the various types, destination blind run-throughs, depot shots, withdrawn units, night shots and an informative commentary.

Highlights of the first DVD include 101 685 freshly painted in BR green in 3-car formation; 121 123 working off Bletchley also in BR green and a bizarre Class 117/101 hybrid unit in GWR/NSE livery working off Penzance! 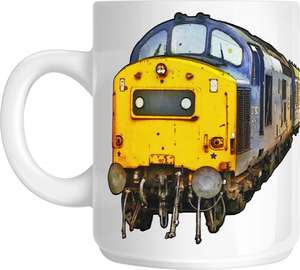