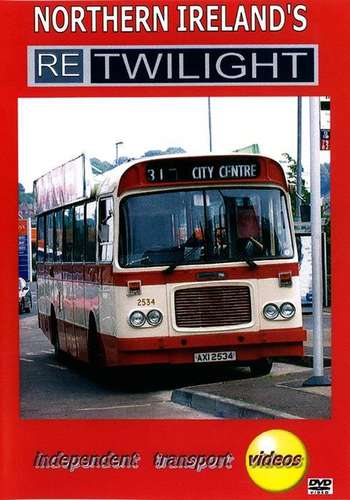 Citybus in Belfast has the largest remaining fleet of Bristol REs still with their original owner. Ulsterbus still runs a number of REs based at 'country' depots in the Province. From a once 600+ strong fleet, numbers have now dwindled.

Our cameras paid a visit to Belfast on the 26th and 27th of July 2003 to film the REs on their last days in service before their retirement for the duration of the school summer holidays. Some will re-enter service in September, but it is uncertain how many due to the fleet replacement programme of Translink.

The first half of this programme concentrates on the RE services in and around Belfast city centre. We take a ride on 2527 to Ormeau, and back on 2526 - all the sounds are captured in glorious stereo! There is also a ride on 2545 to the Abbey Centre and back to the depot on the motorway! Locations are Donegall Square, Wellington Place, Queen Street, Donegall Place and Royal Avenue to mention but a few. We also feature a 'Photo Gallery' of REs from 1991.

The second part of the DVD is shot on the Irish Transport Trust's tour to say farewell to the REs based at Coleraine. We set off from Belfast on preserved Citybus RE 2415 to Portrush via Antrim. Here we pick up Citybus 2512 which is on loan to Portrush, and Ulsterbus 2589 for the drive to Coleraine bus station. From here we use 2599 and 2589 to Ballycastle via Kilrea depot. From Ballycastle we travel through the spectacular scenery at Portanlevey along the coast and the Giant's Causeway using 2438 and 2589.

Then it is back on 2438 and 2589 to Portrush to pick up 2415 for the trip back to Belfast accompanied by 2438 and 2589 for most of the run through to Antrim. Most of the filming on board features the vehicle following or leading, as well as the passenger and driver's eye view. This DVD is a must if you are a Bristol fan!