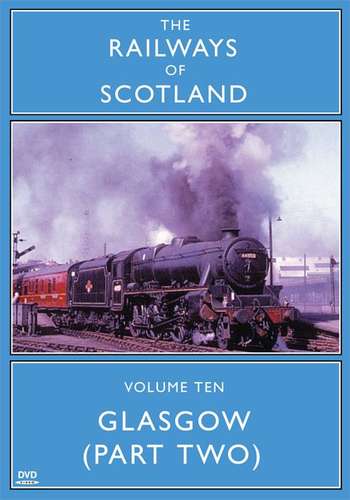 The second video to feature Glasgow commences at Gourock.

Recorded in 1966, the last year of steam, the film traces the entire route to Glasgow Central.

Paisley (Canal) and the branch to Kilmacolm on the last day of operation are viewed. North of the River Clyde, the lower West Highland line is covered, with a journey on the C15 'push and pull' service from Arrochar to Garelochhead in 1959.

One of the Glasgow's famous products, the 'Queen Elizabeth 1' is filmed plus the 'QE2s' launch in 1967.

The stations of St. Enoch, Queen St. and Buchanan St. and the final 'A4' Aberdeen service in 1966 are shown, plus Corkerhill, Eastfield and St. Rollox depots.