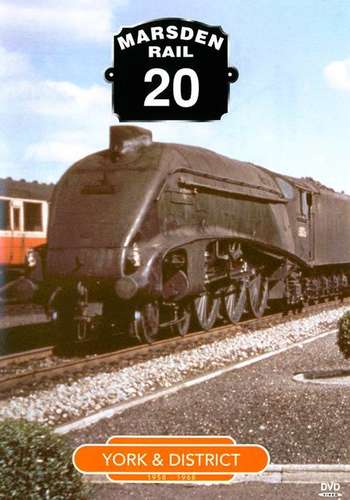 This programme complements Marsden Rail No 1, but contains no repeat film from the earlier video.

In addition to the regular ECML traffic, more unusual traffic in around York is viewed such as the sugar beet factory locomotive at Poppleton and the arrival of Billy Smart's Circus at Holgate cattle dock!

Filmed locations include the loco sheds and workshop, Leeman Road Engineers Yard, Skelton New Yard, the former excursion platforms south of the station where immense volumes of traffic passed plus scenes at nearby Church Fenton.