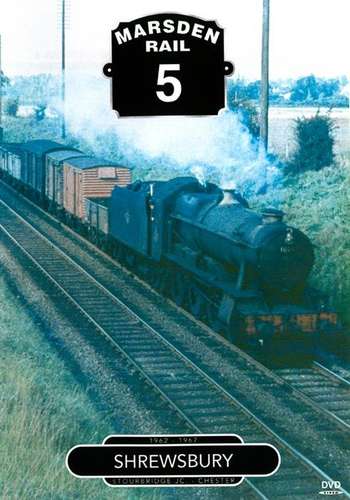 The West Midlands in the early 1960s was a hive of activity with Stourbridge Junction yards handling large tonnages of freight both into and out of the Birmingham area.

To the northwest, Shrewsbury handled a constant flow of passenger traffic with the Western region running London to Birkenhead services, plus through trains to the Cambrian coast.

In addition, routes had to be found for north/south expresses, local branch trains and stopping trains.

The steelworks at Brymbo is visited en route way to Chester, where heavy North Wales Coast holiday traffic competed with freight workings for a path through the station.