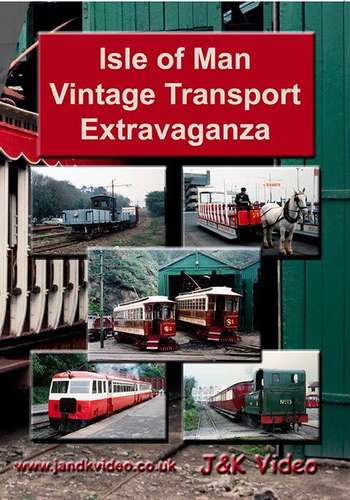 This fascinating production was filmed in 1974 on the occasion of the Isle of Man Steam Railway's Centenary, and during the 1983 Vintage Transport Weekend, which was run for transport enthusiasts.

During the Steam Railway's Centenary, a number of locos that had not been used for years were on display at the impressive terminus in Douglas, which at that time had two island platforms, complete with canopies and an impressive array of semaphore signals.

Crossbench cars were much in evidence on the Manx Electric Railway, which serves Laxey and Ramsey.

The Douglas Southern Tramway is remembered, using film of the preserved No 1, making a rare appearance running at the Crich Tramway Museum.

During the 1983 event there was much activity, as a number of specials were run on the Manx Electric, including newly restored loco No 23, pioneer electric car 2, a number of crossbench cars, and a rarely seen saloon trailer.

Specials also ran on the Steam Railway, including a train in blue livery, plus some spectacular double-headed run-pasts.

The ex County Donegal Railcars are also seen in action.

The Snaefell Mountain Railway is featured, as well as the Douglas Horse Tramway, when the winter saloons and some of the open cars were out on the promenade. 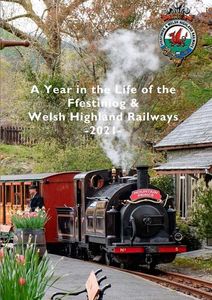