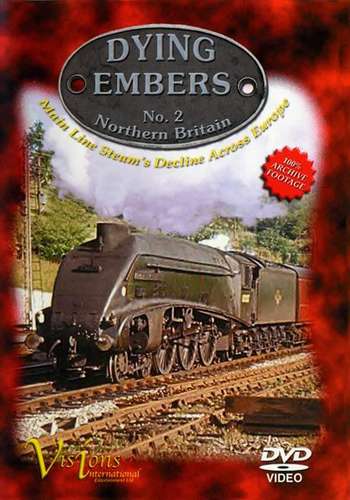 The second in a series of programmes looking back at the decline of main line steam across Europe focuses on Northern Britain in the period 1960 - 1968.

Working its way from the North of Scotland to Aberystwyth via numerous locations such as Kyle, Inverness, Edinburgh, Carlisle, Newcastle, West Auckland, Ais Gill, York, Doncaster, Wigan, Llandudno and Shrewsbury, Dying Embers takes you on a nostalgic and unforgettable journey.

A flavour of what's included: