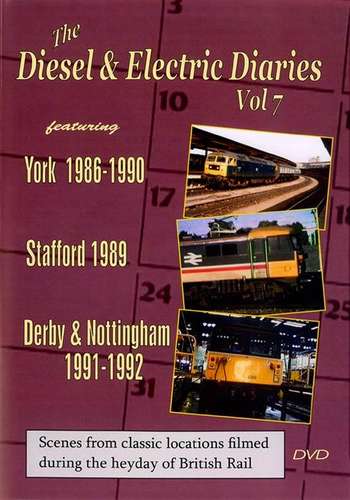 This series of programmes will take us to classic stations, depots andother railway locations around Britain, where the locomotives, liveriesand rolling stock are from an era that is now long gone.

Volume 7 in the series of programmes looks at three locations.

Chapter 1:
We are at York in the period 1986 to 1990 to witness the finaldays of 'Peak' diesels, still handling mainline passenger work right tothe end, and then see the transition period leading to sectorisation.

Chapter 3:
Finally, we look at Derby and Nottingham station scenes in 1991- 1992, together with an interlude at Trent Junction, and then scenesfilmed inside and around Toton traction depot.