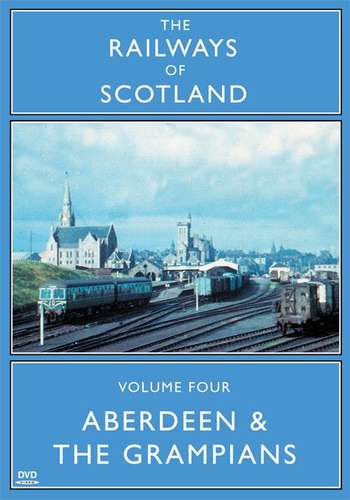 The Granite City - Aberdeen, was the focus of several branch lines, plus routes from Edinburgh, Glasgow and Inverness.

A railtour in 1963 from Elgin to Forres via Craigellachie, Grantown-on-Spey and Dava provides views of the network of lines that once served this area.

Of routes from Aberdeen, the Deeside line to Ballater was the most prestigious, Ballater being the station for the Royal Family's summer home at Balmoral.

Footage of the last steam hauled Royal Train contrasts dramatically with views of the demolition crews at work following the line's closure in 1966.