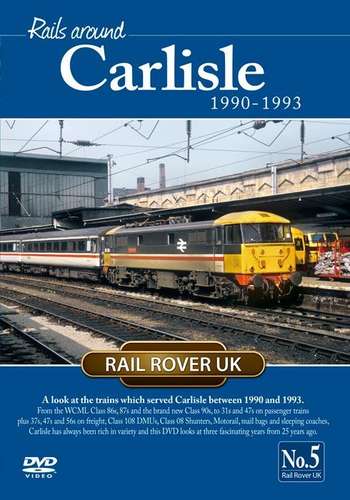 The fifth title in the Rail Rover series goes back to the years 1990-1993 and features the popular WCML location of Carlisle. At this time, Sectorisation was in full swing but many locos were still in blue and Railfreight liveries, motor rail vans were still attached to passenger trains and many long-gone railway practices, such as mail bags being loaded and locos being attached and detached were still everyday sights.

The main WCML passenger trains are in the hands of Class 86s and 87s. The new Class 90s have just entered service. Freight is worked by a mixture of electrics and diesels including Class 85s in their final years, 47s, 56s and pairs of 37s on cement and oil trains. Many different liveries are shown.

Other passenger trains included blue Class 31s and large logo 47s to Leeds, Class 108 DMUs to Cumbria and sleeper coaches and vans stabled in bay platforms and shunted by a Class 08.

A fascinating look at a WCML hotspot from 25 years ago. 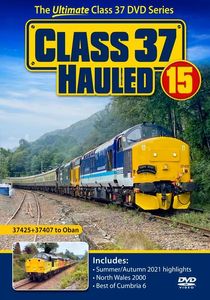