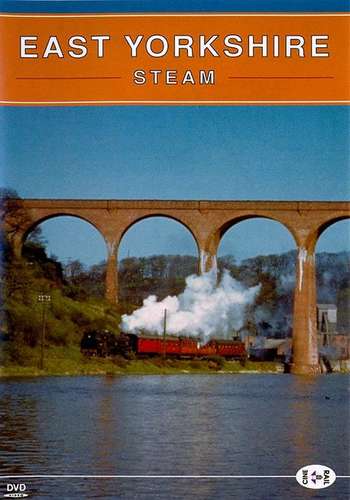 The programme begins at York in 1964 before heading to Malton, from where a journey on the pick-up goods line to Gilling and Coxwold is recorded, plus views of the closed route to Market Weighton.

A regular passenger working from Malton to Pickering and Whitby is joined, featuring views of the picturesque North Yorkshire Moors.

We also see a journey from Middlesbrough to Grosmont via Battersby.

After Grosmont, Sleights and Ruswarp feature, before arrival at the port of Whitby and here a DMU to Scarborough is joined.

The now-closed route through Robin Hood's Bay and Ravenscar is traced before arrival at Scarborough, where, even in 1965, much of the excursion traffic was steam-hauled and several steam classes are featured.

The final sequence shows a Class 'O3' shunter with a pair of brakevans giving demolition contractors a tour of the route after its closure, the prelude to the lifting of the line.