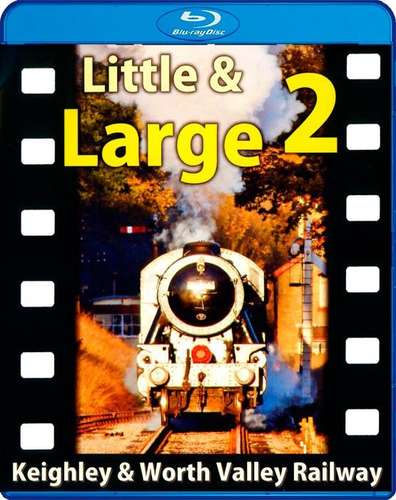 The Keighley & Worth Valley Railway is the only complete branch line in Britain, running from the popular town of Keighley to Oxenhope, 660 feet above sea level. The steep gradient up the Worth Valley has been a challenge for engines ever since the line opened on the 15th April 1867. The five mile branch line is complete with strenuous gradients, as steep as 1 in 56 as the train leaves Keighley Station and approaches Damems.

When British Railways closed the line in 1962, local people and railway enthusiasts joined forces to try and save it. A Preservation Society was formed and after many years of volunteer struggle the line re-opened to passenger traffic on 29th June 1968.

Over the years, the railway has become one of the biggest tourist attractions in Yorkshire, starred in many TV episodes and films including 'The Railway Children' and carried thousands of passengers from Keighley to Oxenhope.

Since volunteers re-opened the railway in 1968 many steam engines have graced their presence along the route from Keighley to Oxenhope, including many small industrial tank engines and large mainline pacific engines.

This DVD features a variety of steam engines at the Keighley & Worth Valley Railway over the past few years, all filmed in High Definition.

Engines featured on this DVD include:

Engines both little and large are witnessed hauling a range of passenger, vintage and freight services along the five mile branch line including trackside shots.