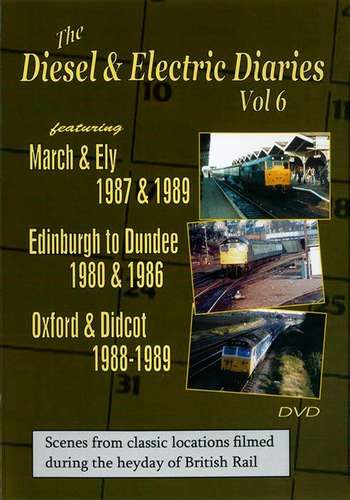 Volume 6 in the series of programmes looks at three locations.

The freight centre of March still saw much traffic in the late 1980s, with class 31s, 37s and 47s in charge of most services.

Passenger trains are mostly in the hands of Class 31s and 47s.

The array of liveries varies from BR blue to a variety railfreight liveries and NSE Class 47s.

By 1986 the days of loco-hauled trains on the 'Dundees' were coming to an end, so savour the sight and sound of 27s, 47s and even a class 26 in this splendid compilation.

We then step back to 1980 to see rare cine film from that period at Edinburgh and Haymarket as Deltics, 40s, 26s and class 26s are seen.

Liveries of course are from that period.