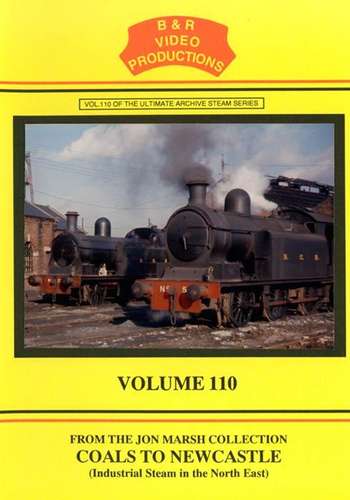 Industrial Steam in the North-East.

An in depth look at the industrial railway scene in the North East of England in the 1960's when steam predominated at most collieries and other locations.

Jon Marsh visited and filmed in the area at this time with much attention to detail and excellent cine-photography in all weathers.

The area was the birthplace of industrial railways and much of the infrastructure was still extant one hundred and forty years later, even one engine was one hundred years old and still working at Seaham Harbour.

Railways to the coast for the transport of coal will be seen with associated rope-hauled inclines.

The Lambton, Hetton & Joicey system around Philadelphia is well covered especially during the last steam winter of 1969 when heavy snowfall led to spectacular photography.

This is a fine record of the days before coal mines and their associated industries were no more in the North East of England.

Filmed in colour and with an authentic sound track and informative commentary added this will give enjoyment to all people interested in the steam railways of the area.