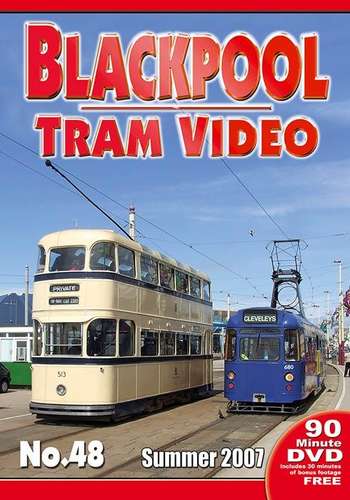 Easter 2007:
A comprehensive look at the Easter holiday with the reopening of the line to Starr Gate. See double deckers testing the new track on the Thursday and then trams return on the Friday morning.

May 2007:
Footage from the May Day Bank Holiday weekend with Stockport 5 and 40 on enthusiasts specials. See both trams on the rarely used crossovers at Norbreck and Gynn Square.

After nearly two years in store, Sheffield 513 returned to the prom and is featured working enthusiasts tours plus:

Western Train Report No.1:
The first of a series of features looking at the restoration of the Illuminated Western Train which began in late April.

In conjunction with Blackpool Transport we are filming the entire project and this first review looks at the early stages with 733 being stripped to a shell and 734 moving into the Body Shop.

Time Traveller:
The man with the time machine goes back exactly a decade to the Saturday of the May Day Bank Holiday weekend in 1997.

Produced by - Train Crazy
Running time - 90 Minutes
DVD only
Quality guarantee: The programme is professionally produced with a stereo soundtrack, informative commentary and digital editing. The DVD has menus and scene selection. 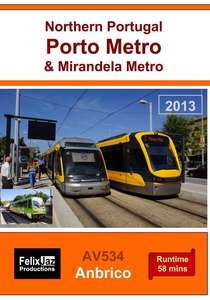