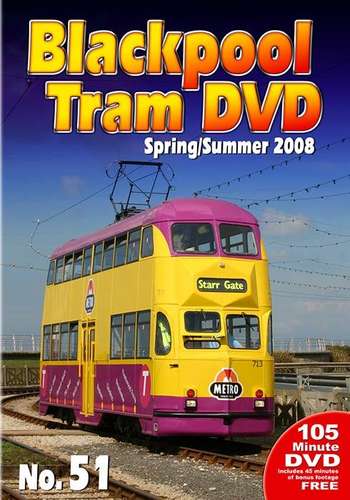 After a six month gap - due to the closure of the tramway - the Blackpool Tram Video series returns with No.51.

Covering the period from November to 2007 to May 2008, this specially extended programme looks at a fascinating period in tramway history.

Complete review of the track renewal jobs at Pleasure Beach, Foxhall, Cabin, Bispham and Little Bispham with film of the new crossovers and points being laid, the completed work open to trams and a comparison between old and new.

Footage of an enthusiasts day from December 2007 and then test trams begin in March.

First day, first tram, Good Friday, outside the tram depot with 723 on its way to Cabin.

Full coverage of Easter and the truncated Starr Gate - Cabin service including various Centenary car breakdowns plus the first trams to use the new crossover at Foxhall.

Footage of the first day and the first tram to Fleetwood on 26th April.

A typical day's operation from late-April with the latest Metro liveries on Balloon cars 711 and 713.

Enthusiasts tours in May including Boats 600 and 602 and Coronation 304 and Sheffield 513 all running to Fleetwood.

Track renewal at Starr Gate with trams terminating at Harrowside.

There is an update on the Western Train restoration including 734 being moved from the Body Shop to the Paint Shop. 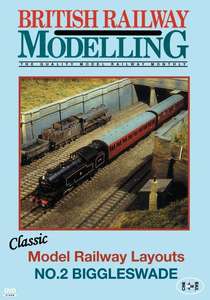