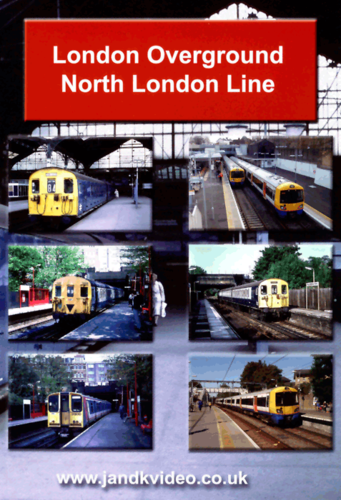 London Overground took over the North London line from Silverlink Metro in 2007. Today it runs two branches from Stratford to Richmond, and Clapham Junction, serving the inner northern suburbs of the City, providing interchange with a number of Underground and other London Overground services, as well as the DLR and National Rail.

This video covers the line from the 1970s to the present day. Services formally used the terminus at Broad Street, until the line was extended to Stratford and North Woolwich, bypassing it. This section is covered in the video.

Archive film shows the line in British Rail days, when it was worked, originally, with class 501, and later two car class 416 EMUs. Class 313 dual voltage EMUs took over in 1989 until replaced by the present class 378s in 2010. The line is shared with a lot of freight services which are well covered in this production.