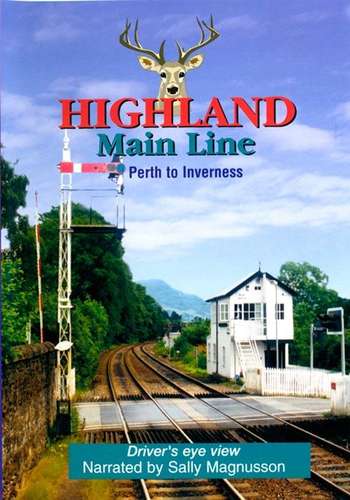 Perth is the gateway to the Highlands of Scotland and still boasts a large imposing station.

There are stiff climbs to the two summits at Druimuachdar and Slochd, the latter forming the summit of the Inverness cut-off line.

This direct line from Aviemore to Inverness was a major feat of civil engineering forced upon the Highland Railway company by the threat of competition. It was completed in 1898 having taken 14 years to build.

The two largest structures spanning the rivers Findhorn and Nairn are seen, like the rest of the route, not just from the cab but from a helicopter flying overhead!