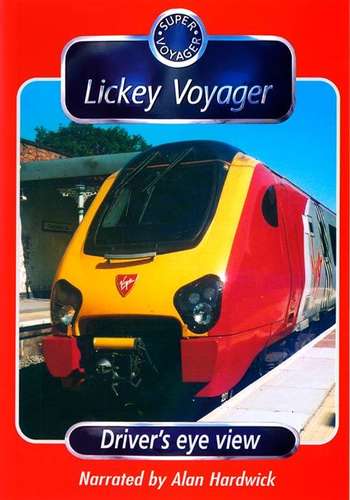 We join an Exeter to Newcastle service formed of a five car Virgin Super Voyager at Bristol Temple Meads station.

The limited stop service calls next at Bristol Parkway before branching off the Great Western onto the former Bristol and Gloucester Railway.

Bypassing Gloucester by means of the south loop, the next stop is Cheltenham Spa.

Now we run non-stop all the way to Birmingham New Street via Bromsgrove and the notorious Lickey Incline. This is the two mile long ascent of the Lickey Hills at a gradient of 1 in 37 ¾, the steepest bank on any main line in Great Britain.

From Birmingham New Street our class 221 takes the former Birmingham and Derby Junction Railway running non-stop at up to 125 miles an hour through Tamworth and Burton on Trent to reach the county town of Derbyshire.

Much of the fascinating history of the route is related by Alan Hardwick, long-time anchor of Yorkshire Television's evening news programme Calendar.

This driver's eye view was filmed in the clear blue skies of a summer's day from start to finish.