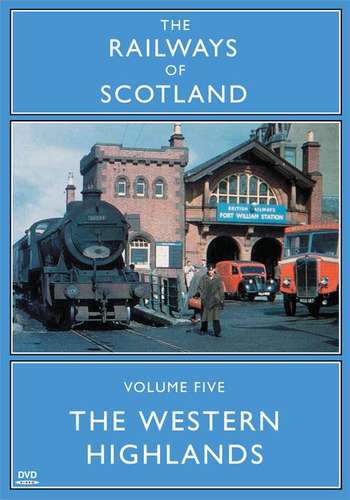 The West Highland line from Glasgow to Fort William and Mallaig is famed for its rugged scenery.

The Lochaber and Kinlochleven narrow gauge railways are featured in a 1958 film.

The line from Inverness to Kyle of Lochalsh is portrayed on a circular journey in 1971, crossing to Skye at Kyle and returning via Mallaig.

The third main Highland route linked Dunblane to Oban, via Callander and Killin Junction, where steam operated the Killin branch until closure.

Clinging to the slopes of Glen Ogle, this scenic route closed in 1965 following a rockfall. Crossing to 'Fingal's Cave' on the island of Staffa with scenes of Iona and the steamship 'George the Fifth' rounds off the programme.