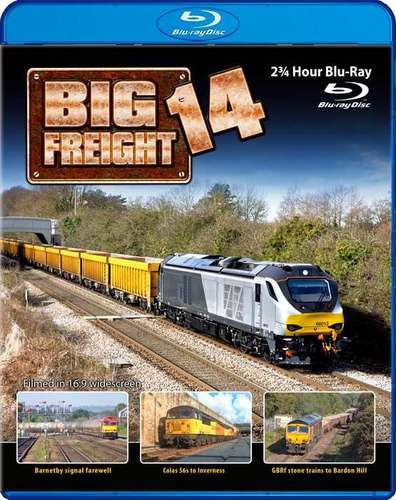 No.14 in the highly-acclaimed and best-selling Big Freight series, produced in conjunction with Freightmaster – the National Railfreight Timetable, features another superb feast of freight trains, filmed countrywide during 2014/2015.

Barnetby: The ever popular and delightful location of Barnetby may well have been the most visited Freightmaster hotspot of 2015. With major resignalling planned for Lincolnshire, this was the last opportunity to see freight trains and large-scale traditional semaphore signalling side-by-side. In an extended feature, footage from summer and autumn looks at the coal, steel, iron ore, stone and oil trains hauled by various DBS, Freightliner, Colas and GBRf Class 60s and 66s plus a Colas Class 70.

Leicester-Burton Line: Continuing our look at freight-only branches, this is a detailed look at the Coalville branch which links Knighton Jct near Leicester and Birmingham Curve Jct near Burton. This once busy branch is essentially split into two, with regular stone trains running between Leicester, Cliffe Hall Quarry and Bardon Hill and almost nothing at the Burton end, except many rusty sidings! Numerous GBRf Class 66 hauled stone trains are featured.

Scotland 2015: A look at the freight scene in Scotland from 2015 with Class 68s and pairs of Class 90s hauling Intermodals; coal trains to the now-closed Greenburn and Killoch mines; GBRf Class 66s on Borders-railway track trains and various engineers trains hauled by pairs of DRS 37s and Colas 56s.

Peak Forest and Great Rocks Junction: We may well be on No.14 but the Big Freight series has never been to Peak Forest! A lovely sunny day from July features various DBS, GBRf and Freightliner locos in another scenic semaphore signal hotspot.

• All sections are introduced with full commentary and maps.
• Filmed in 16:9 widescreen.
• So much more than just train after train running past the camera!
• This is all brand new footage, filmed 2014-2015. It has never been used before and is not available anywhere else – GUARANTEED. 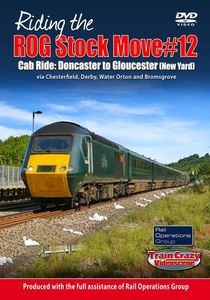