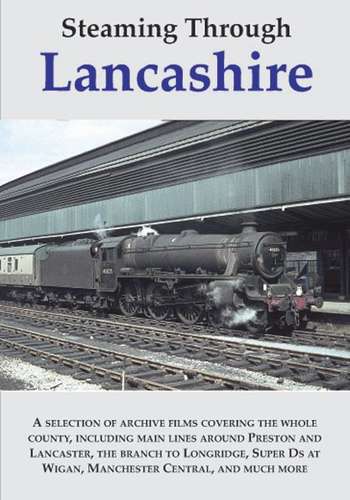 A selection of archive films covering the whole county of Lancashire, including Main Lines around Preston and Lancaster, the Branch to Longridge, Super Ds at Wigan, Manchester Central, Duchess’s at Oxenholme and much more.

This is a selection of superb archive film taken from the early 1960s to the final day of steam in 1968.

Using the complicated layout of lines in the Preston area as the basis, we explore the route from Liverpool into Preston; the West Coast Main Line up to Carnforth; Southport; Morecambe and into East Lancashire to Burnley and Clitheroe, plus other locations.

Rare classes of locomotives are on offer, from scenes of ‘Patriots’ at Lostock Hall to the ‘Super D’ on a special to Longridge and the West Lancs goods line in 1962.