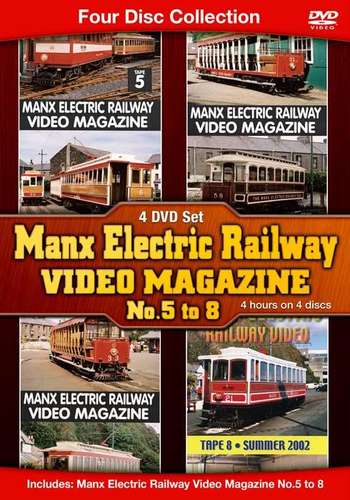 20-years later and on DVD for the first time, this four disc set contains 5 to 8 in the series. The footage comes from the original Mini DV master tape and is unedited - exactly how it was released first time round.

No.6 includes: The operation of a morning and afternoon school tram, trailer 58 on the summer service and the brilliant four tram parallel run from Garwick to Douglas.

No.7 includes: Full coverage of the events from 2001 with 2+41 and 33+61 on Ramsey service and a superb recreated 1970s-style service, between Douglas and Laxey.

No.8 includes: Footage from winter/spring 2001 including the clearout of Laxey depot with various long-stored trams moving for the first time in many years.