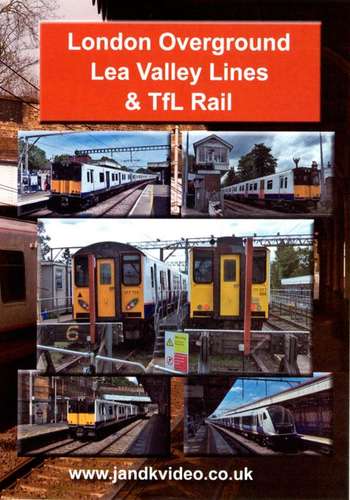 London Overground took over the Lea Valley lines, running from Liverpool Street to Enfield Town, Cheshunt and Chingford, previously operated by Abellio Greater Anglia, on 31st May 2015. At the same time TfL took over the Liverpool Street to Shenfield service. They inherited existing fleets of Class 315 and 317 emus from the previous franchise holders. All were overhauled and outshopped in either London Overground of TfL liveries. Signage was brought in line with their corporate images, and stations were manned during operating hours.

This video shows all the lines in detail during the period following the change over, and before the existing rolling stock was replaced by new Class 345 and 710 Aventra emus. The Shenfield line was destined to become part of the new Elizabeth line, running through tunnels under central London to Reading and Heathrow in the west. Work to upgrade stations along the line are seen in this production.

Seven-car Aventra Class 345s, which first entered service on the Shenfield line in 2017, are shown in operation. These were scheduled to be increased to nine-car formations for the Elizabeth line by the time the first section opened in December 2018.