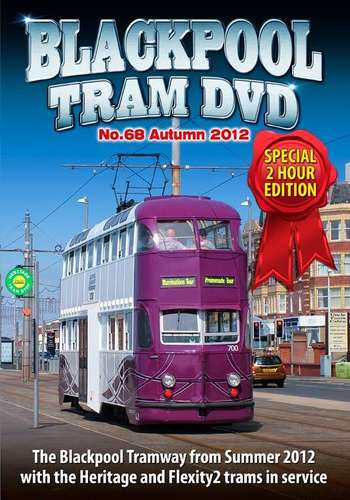 Rocket to Gynn Square: After ten years in storage, the Illuminated Rocket tram, 732, is extracted from Rigby Road depot to be restored as a space—themed centrepiece attraction on the roundabout at Gynn Square! See the tram moving from Rigby Road, being placed on the roundabout and then lit up for the first time. Also, Brush car 627 has become a static display at Pleasure Beach for the 2012 Illuminations. See the tram off-loading and lit-up in its ‘Diamond Jubilee’ livery!

A Typical Day: Using Starr Gate depot as a base, a typical day of operation for the Blackpool Tramway from summer 2012 is shown. See trams leaving the depot and performing the shunt move, 003 is on driver training and 012 is towed onto the headshunt by ‘The Crab’. See departures to Fleetwood and Cleveleys, various trams in their new advert vinyls and in total, 14 of the 15 Flexity trams are featured.

Moving Home: Centenary car 647 and Twin car 674+684 all departed Blackpool and into preservation in July. See all three being loaded up and leaving the Rigby Road depot.

Cabin to Thornton Gate: Part two of a detailed look at the new tramway and the tram stops, plus more footage of the Flexity2 trams in service. 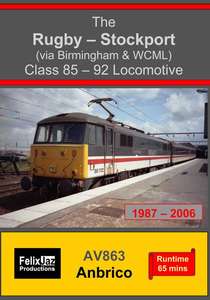