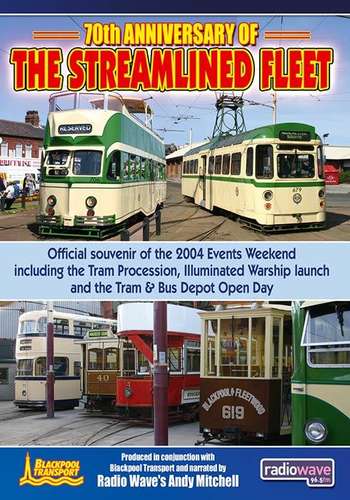 Official souvenir of the 2004 Events Weekend including the Tram Procession, Illuminated Warship launch and the Tram and Bus depot open day.

A weekend of special events took place over the 11th/12th September 2004 to mark the 70th birthday of Blackpool's famous 'Balloon' double deckers, the Open Boat cars and the English Electric Railcoaches.

Our coverage starts outside the depot on the Saturday morning as the trams left to take their place in the procession.

Once on the Promenade, all of them ran to Tower and then to Pleasure Beach, where the procession commenced.

Talbot Square/North Pier was an ideal location for an individual run-past by each tram, complete with a brief history of the car broadcast from an open top bus.

The trams formed a huge queue at the entrance point and were called forward one by one for their moment in the spotlight.

As part of the celebration weekend, the new illuminated Warship 736 was officially launched on the Saturday evening.

The Blackpool Sea Cadets piped passengers on board then 736 set sail on her maiden voyage.

The following day, Sunday 12th September, there was a Depot Open Day.

This was a rare chance to look behind the scenes at the Rigby Road complex.

A huge number of buses and trams were on display, with guided tours of the workshops, demonstrations, trade stalls, tram models, bands and other entertainment.

Examples of all of Blackpool Transport's multi-coloured bus and tram fleet were on display, including some of the former fleet which is now in preservation. 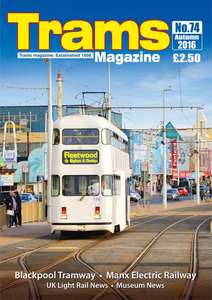