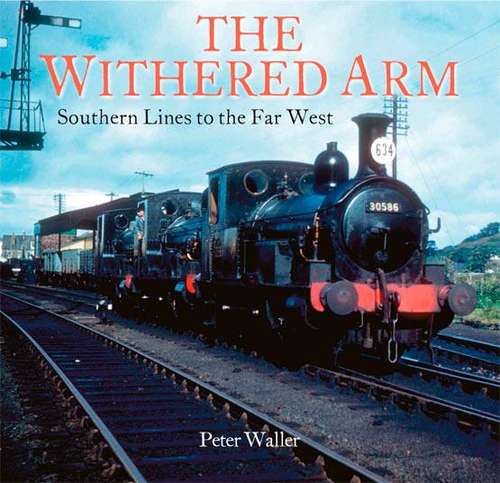 The Southern’s ‘Withered Arm’ – the lines in Devon and Cornwall that were developed in the 19th century by the London & South Western Railway – served some of the most popular holiday destinations in the country. Places like Bude, Ilfracombe and Padstow were all accessible by direct train services from London Waterloo, most notably the famous ‘Atlantic Coast Express’. It was not, however, until after the Grouping of the railways in 1923 that the final connection – from Torrington to Halwill Junction – was finally opened and barely a decade later – in September 1935 – came the first contraction with the closure of the narrow gauge Lynton & Barnstaple line.

The bulk of the ex-Southern network, however, survived into the 1950s and beyond; the transfer of control from the Southern to the Western Region did not bode well and, during the 1960s, most of the lines – culminating in the closure of the lines to Ilfracombe and Okehampton in 1970 and 1972 respectively – disappeared. Today, passenger services are restricted generally to the Barnstaple and Gunnislake branches but there are hopes that other lines may be restored.

The latest in Unique Books’ series of albums featuring the railways of Britain in the years after the end of World War 2 features the once extensive network of ex-Southern lines in north Devon and Cornwall. Drawing upon the collections of many photographers, the book explores the many and varied stations and services that were such a feature of these fascinating and much mourned routes.