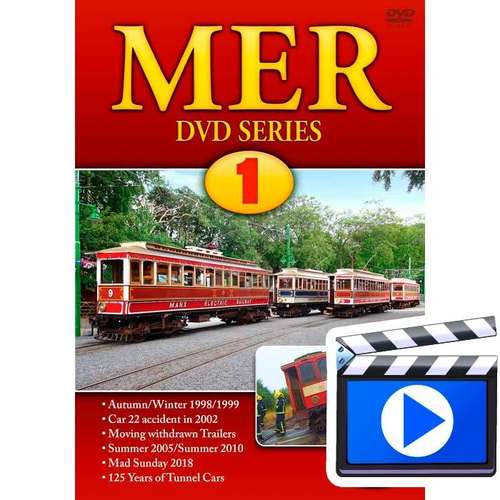 Now into our 21st year of producing DVDs about the Manx Electric Railway, it was decided that it's time for a re-launch and a brand new DVD series featuring this wonderful railway! Working through more than 100-hours of footage, dating back to the early 1990s, the idea here is to relive the highlights of the last three decades combined with the best footage from the 21st century, the year 2020 and beyond. Some of the original film used here was released on VHS many years ago, much of it has never been seen before.

No.1 in the series includes:

Car 22 accident 2002: The incredible accident involving Car 22 and a BMW near Laxey. The tram almost ended up on its side, wedged in between the car and the embankment!

Mad Sunday 2018: Up to date action on a superb sunny day and a credible 12-sets running to Ramsey! All are featured here.

125 Years of Tunnel Cars: 2019 marked the 125th anniversary of the Tunnel Cars and a special event was held. 'Lost' cars 4 and 8 take part in a four-car convoy.