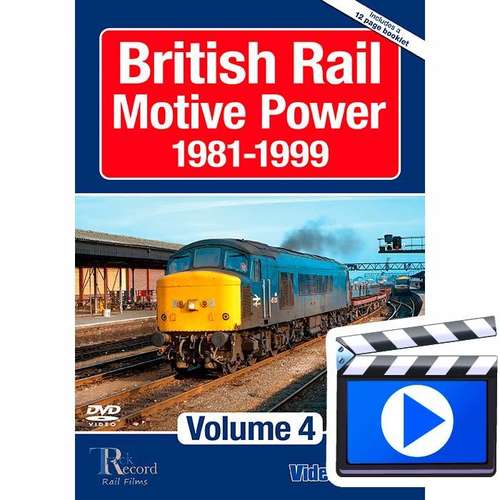 Highlights of Volume 4 include:

Midland Main Line: Class 45s are featured at Sileby and Market Harborough. 45118 on a parcels train at Kettering stops to collect a van from the bay platform!

Around Chesterfield: 31113 at Dore with a rake of eight coaches for Manchester; at Clay Cross 45121 heads for Chesterfield with 45005 on a ballast for Toton.