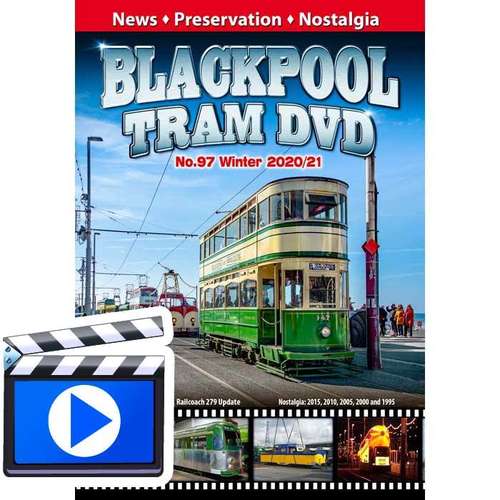 Summer and Autumn 2020: With the Heritage service ending in March, due to the Covid-19 pandemic, it wasn't until the August Bank Holiday weekend before the trams returned. This DVD includes action from that weekend with Boats, 66 and 147 in action. Into September, with coverage of all three days of the 135th anniversary weekend including the six tram procession on the Sunday. A typical Illuminations night is featured from October with The Warship and Balloons working tours and 621 on a private hire plus a rare move for 715 at Starr Gate, running through the depot fan, as The Ghost Tram!

279 Update: The latest on the restoration of Railcoach 279.

Year End: 36 trams ran in Blackpool during 2020. All of them are featured here.