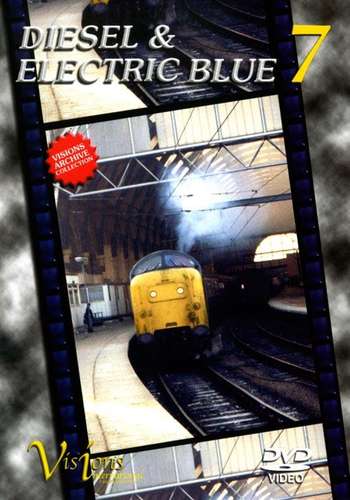 Welcome to our latest journey in the time machine to the 1970s and 1980s. Twenty-one loco classes feature in this progamme along with the prototype HST and a selection of multiple units. It goes without saying that almost all the locos and workings have long since vanished into history - hence the high nostalgia quotient of the entire Diesel & Electric Blue series.

Highlights of DEB7 include:

Cromptons: Class 33s working in the 1980s in Devon, on the Welsh Marches route and, of course, the Southern.

Bletchley ‘75: A good sprinkling of AC electric types plus a pair of 25s on the flyover.

Down in Devon: Action from the mid-’70s between Exeter & Newton Abbot, including 25s on passenger, unrefurbished 50s and Westerns, needless to say.

Written and Narrated by David Maxey.