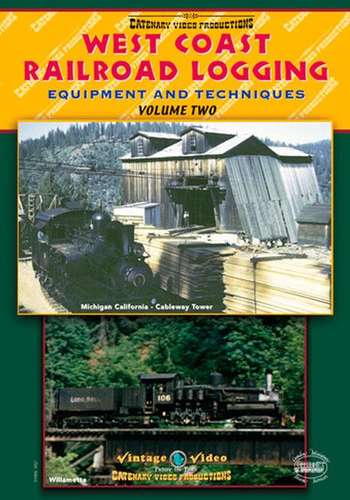 The second of two extraordinary DVDs showing not just logging railroads on America’s West Coast, but the whole range of techniques used to fell and extract the timber from the woods to the railroad, and from the railroad through the mill. The films (largely 16mm) used date from the early 1900s up to the mid 1960s and are of very high quality, as is the production of the films themselves.

The techniques covered here include: building the railroad - including inclines, cableways, parbuckling wrecks, plowing snow, log dumps and mills.Included is much railroad footage from such operations as Westside, Long-Bell, Weyerhaeuser, Fruit Growers, Feather River, St. Regis, Union Lumber, Michigan-California, Clover Valley, McCloud and Yosemite Sugar Pine and many more. Shays in particular abound, plus mallets, Heislers, and rod locomotives. If you ever wondered what logging was really like, these films will show you in considerable detail. 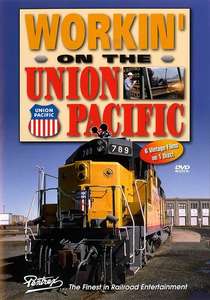