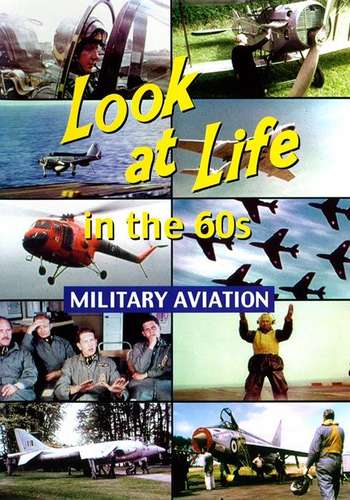 Fly back in time with this fascinating compilation of films from the 1960s.

In that decade, the Rank organisation made a series of short films for the cinema under the series title Look at Life.

Here we present six of those films, showing various aspects of Military Aviation as it was in the 1960s.

Just over ten years after the Wright brothers first flew in 1903, the First World War saw the rapid development of the aircraft for military purposes. Air Chief Marshal Sir Philip Joubert looks at those early aircraft which he actually used to fly?.

Black Arrows: (1959)
This is a film about the Black Arrows aerobatic team of Treble One squadron flying Hawker Hunters in 1959. Cameras film the team preparing for displays and then follow the action from the ground and in the cockpit.

Flight Deck (1960)
Hermes was the Royal Navy's largest aircraft carrier when filmed in 1960. Two decades before she became famous in the Falklands conflict, film cameras take us above and below decks to film the day to day operations including the take off and landings of aircraft such as the Fleet Air Arm's Sea Vixens.

Test Pilot: (1961)
This film follows the life of a test pilot flying one of the best loved jet fighters of all time - the English Electric Lightning, the Royal Air Force's first supersonic fighter which had entered service just one year earlier.

Turning Blades: (1962)
From fixed wing to rotary wing, Turning Blades looks at the world of the helicopter as it was in 1962. It shows helicopters such as the twin rotor Belevedere - the forerunner of the Chinook and the experimental Rotodyne VTOL aircraft.

Jumping Jets: (1965)
Three years after that film was made, an altogether different approach to vertical take off and landing came in the form of the Kestrel - the forerunner of the Hawker Harrier?.

Presented by Rob Curling from the RAF Museum at Hendon in North London.