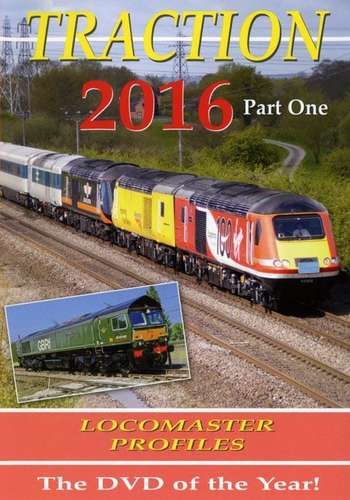 JANUARY TO JUNE.
The 42nd instalment in the TRACTION series is proof that the motive power scene is even more unpredictable than ever, throwing up previously unimaginable workings - such as Class 73s to Oban on a sleeper train! Once again, restrictions on exhaust emissions for new locomotives has seen a number of older locomotives return to the main line. It all adds up to an extraordinary six months and the highlights include...

PASSENGER TRACTION, RAILTOURS & SPECIALS: the extraordinary Caledonian sleeper drags diversions caused by the closure of the West Coast main line north of Carlisle, including re-routings via the ECML, the Durham coast, the GN&GE Joint Line and the G&SW with Riviera Class 47 and GBRf Class 66 haulage; 86401 arriving at King’s Cross with the overnight sleeper service from Inverness; 73968 hauling the diverted Fort William sleepers to Oban; 37259 working the Cumbrian Coast passenger diagram; GWR’s 57605 off the beaten track at Melton Mowbray en route to Derby for repairs; 55009 Alycidon travels over the Borders Railway to Tweedbank; 87002 working a GBRf ‘foot-ex’ to Liverpool; 50007 & 50050 powering a Derby to Swanage railtour; D1015 Western Champion’s non-stop run from Paddington to Plymouth...and 59202 hauling the VSOE. 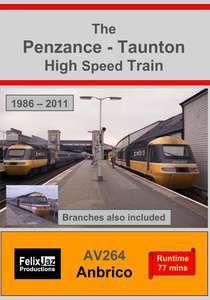