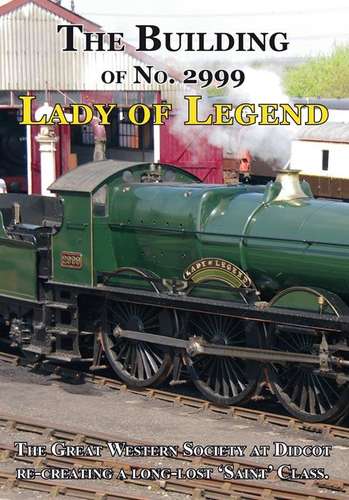 The Great Western Society based at the Didcot Railway Centre have many fine achievements to their name, but in 2019 they unveiled one particularly important development which has been in the planning for nearly 50 years. The re-creation of a Churchward ‘Saint’ Class locomotive.

When the GWS was purchasing engines from Dai Woodhams’ yard at Barry in the early 1970s, one particular purchase was ‘Hall’ Class No. 4942 Maindy Hall. This was not to be restored as another of the Halls, of which Didcot has two anyway, it was set aside and earmarked for a complete rebuild into a Saint in an attempt to fill a missing gap in railway locomotive preservation. The last Saint saw active service on BR in 1953 and was quickly scrapped and so the dream of members at Didcot was, to some day, build a new one with the boiler and frames from No. 4942 being adapted to those of the 1902 class.

This is the story of how the project developed following a concerted effort to complete this dream was outlined in 1995. Since then, the project has raised £825,000 to pay for a new set of 6’ 8 1/2’’ driving wheels, new cylinders, remodelling of the frames and the building of a new tender. The launch of No. 2999 lady of legend took place on 3rd April 2019 and since then the engine has entered service on the demonstration line.