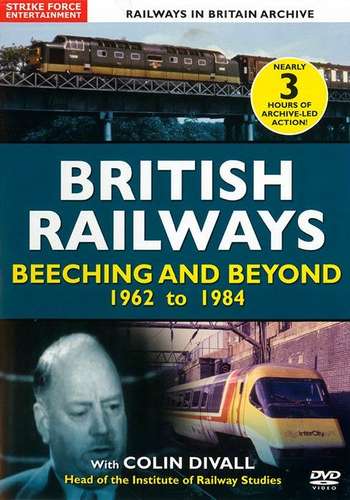 This is the original release, available again exclusively from Videoscene.

The definitive archive film led history of the modernisation and rationalisation of Britain's nationalised rail network.

The watershed year for Britain's railways came in 1963 with the appointment of Dr. Richard Beeching to the British Railways Board and the publication of his controversial 'Beeching Plan'; its impact and his legacy on the railways is investigated in detail here.

Beeching famously brought about widespread railway line closures and the end of steam locomotion but was also responsible for pioneering and revenue-generating initiatives like the formation of the Inter-City network, West Coast Mainline Electrification, 'Merry-Go-Round' coal trains and the 'Freightliner' system.

The story of this controversial period is told in definitive detail with archive film, newsreels and testimony and interviews with both railwaymen and historians.

The Fall and Rise of the Tram